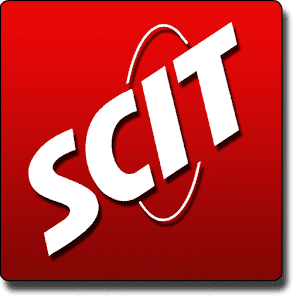 “Oh, when I look back now
That summer seemed to last forever
And if I had the choice
Yeah, I’d always wanna be there
Those were the best days of my life”
On the return journey I was tuned in to the Summer of 69 and I could actually relate the song with the MRA camp such was the boisterous impact it had on my life.
We embarked on the ‘life-changing’ journey to the Asian Plateau on 24th morning and we put our foot on the calm and serene Asian Plateau in the mid-afternoon. Balmy weather aided with soothing air made me fresher rather than jaded after a 3-hour back-stiffening journey. Some couples might have sensed instantly that ‘love is in the air’.
The inaugural session started with lighting of the lamp by the dignitaries of the Asian Plateau. (Our very own Ganesh Raj was also part of the privileged lot!!). We were segregated into family groups which had been named according to the names of the renowned companies. (I was a part of the Google Family. Rest assured that this was the first and the last time I was associated with Google!!). The experiences and thoughts shared by all the volunteers as well as participants (especially in the family group) were really touching. The ‘walk and talk’ show with the nature was one of the highlights of the camp. The trek to Table Mountain was also mind-boggling. It wasn’t as spine-tingling as the Suryashibhir one but still it had its own thrill. At the top some played prominent childhood games like ‘CHAIN’ which made me nostalgic!!Some were obsessed with selfies!! Some were trying out of their skins for that ONE KODAK moment!! It was looking a happy bunch with no baggage of the past.
The next day they took us to a nearby village (Grampari) where villagers gave the account of their lives(In half-Hindi Half-Marathi) and how they were the protagonists of change themselves in real sense!!(AP family has also played a significant part in shining light into their darkness).

What brings together these ever-shifting selves of infinite reactions and returnings, is this: There is always one true inner voice. There is always one true inner voice Trust IT
– Guria Steinem
This quote along with the session gave a subtle connotation to what we call it as ‘intuition’.
Then there was a program known as India I-care where it was something of an oath-taking ceremony!!(I can bet most of them didn’t tick the checkbox which had “I will not cheat in any form of exam” to its name).
The relationship part of the camp was truly the acme for me. It was as if someone waved a magical wand!! Thanks to that I could cleanse out my system which was full of self-doubts and thoughts through the medium of letter.
Multi-faith prayers offered by various participants symbolized that “God is ubiquitous”.
Every now and then the Asian Plateau team mesmerized us with their poems which literally struck a chord with my heart.
The most amusing part was the appreciations session wherein you had to rate the person in HIGH REGARD!!(Btw I got an Imdb rating of 9!!).
Performance= potential – Interference (Interference can be in the form of negative thoughts) is the new mantra that I encountered in the camp.
‘Filter your thoughts’ session also gave my novice mind a lot to think .In the session various filters like’ It’s not possible’, ‘looking GOOD’, ‘Taking it personally(Emotionally Hijacked)’, ‘I already know’ were discussed in depth and how their existence can be detrimental to your success.

The camp ended with two intriguing questions:
“What are the insights from my time over here??
What I am going to do different from here on??”
With which everyone was left to ponder with.
The icing to the cake was football without an iota of doubt!!(For one moment a thought struck my mind that I was playing at Old Trafford!!). For a person used to playing on a dust-bowl ground was akin to a heaven.
The food at MRA literally tickled my taste buds. Caramel custard was delectable. Ice-cream was luscious. Navratan Kurma was succulent (I have ran out of adjectives to describe the food!!). In short it was a feastExcept for the last part where I was left stranded in the middle of the park the trip was thoroughly enjoyable.
I would like to end it on an emotional note by seeking forgiveness for my wrongdoings and from hereon will try to base my life on the pillars of Absolute (Purity, Honesty, Unselfishness, Love). As we have seen from Philip Hughes’ incident “you never know ‘Kal Ho Naa Ho’”. So be in the moment and stay away from grudges or more often than not you will end up in crutches The moral of the entire journey for me was “Let bygones be bygones.” and as they say in cricket “Start with a fresh guard.”

Drug abuse an addiction or trend ? The Plight of Indian Women