These days I spend a lot of time watching Marvels Avengers and super fight scenes from Tamil and Telugu movies. The beautiful stories of Malayalam movies do not thrill me anymore. While selecting books to read again I find the same trend to pick action-packed thrillers from Dan Brown or like that of ‘One Indian Girl’ from Chetan Bhagat. The need for satisfying the sense has taken over everything else. Being with adult students pursuing MBA made me realize that they are no different. they love violent games, watch movies that have violence in, indulge in addictive behaviors such as social media, alcohol, and smoking etc..

It is at this juncture what Russell predicted is coming true. He talks of mass psychology ... “Its importance has been enormously increased by the growth of modern methods of propaganda. Of these the most influential is what is called ‘education.’ Religion plays a part, though a diminishing one; the press, the cinema, and the radio play an increasing part … It may be hoped that in time anybody will be able to persuade anybody of anything if he can catch the patient young and is provided by the State with money and equipment”  Bertrand Russel wrote these words in the 19th century. At this point in history let consider social media as the most important influencers.

The point in discussion is social re-engineering. The way society is re-engineered to love itself, to indulge in activities that pleases one’s senses, that love to do s 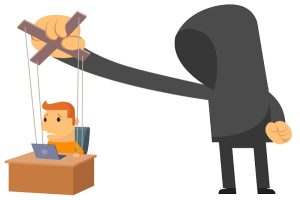 hopping, those love spending hours chatting to friends on social media, are pleasure seeking, that loves violence, that loves to play war games and watch violent movies, and that seeks out war. We are being socially engineered to be being that what others want us to become. As there was a Eugenic movement in the last century today there is a hedonistic movement. And when this movement is sponsored by the state and the big industries the common man often fall an easy prey.

Children are the easiest to manipulate. Children’s cartoon today have just three themes. One is violence. (Chota Bheem, Motu Patlu, Little Krishna, Tom and Jerry,  and Oggy and Cockroaches) the other is a dependency (Doremon and other Japanese cartoons) the third is that of revenge (again a number of Japanese cartoons aimed at teenagers). Children growing up with these cartoons internalize the values of dependency on gadgets, violence, and revenge.

I may be being paranoid, or being a conspiracy theorist. However there is ample evidence to show the social engineering, the way generations are being brainwashed to believe in certain values. The Germans were systematically led to believe that Jews were a threat and needed to be eliminated. Italians were manipulated to believe that outsiders are a danger and need to create MAFIA, the American soldiers in Abu Ghraib Prison believed that they are doing an act of chivalry and duty by brutalizing the Iraqi Prisoners. the questions then: where are we headed?  where are we being goaded into? who is manipulating us and why?