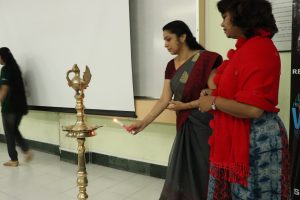 The Institutional Social Responsibility (ISR) Committee of SCIT organised a summit on the topic “Social Responsibility beyond charity and donation” on 15th December 2018. The event began with the lighting of the traditional lamp by Dr. Dhanya Pramod, Dr. Kanchan Patil and Dr. Anil Jadhav. 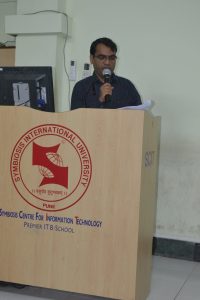 and spoke about the various achievements of the Committee. He highlighted some of the major contributions done by his team and also introduced the context of the summit to everyone. Dr. Dhanya Pramod, Director of SCIT highlighted the need for giving back to the society and how this deed is the duty of every individual.

help the ones in need. They threw light on how small ideas triggered their organisations to identify a problem and start working towards solving the same.

A panel discussion on the topic “Are there other ways to contribute for social responsibility part from charity and donation?“ was held. Ms. Tanuja Yelale was the moderator for the discussion and spoke on why this topic was chosen as the focal point of the discussion. Ms. Preeti Shinde – TCS CSR Pune Lead talked about utilising our skills to the fullest and thus engaging in acts that contribute to making the society a better living place for one and all. Mr. Vikrant Patil – Founder and President of Abhinav Global Foundation enlightened the audience on the need for investing more in terms of time than money. He said that investing our time to help others is one of the biggest investments that we could do.

Mr. Sai Prasad, member of Leadership for Equity discussed the activities conducted by his team and the various roles played by the government in aiding these initiatives. He said that the general perception regarding the contributions of the government have to be changed as many reforms by the same have paved way for organisations to bring about societal changes.

Mr. Sanket Deshpande, Founder of Maitrayuva Foundation, spoke about the importance of prioritising our time accordingly while engaging in tasks related to serving our society. He also spoke about the ways in which social psychology plays a 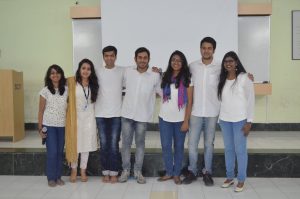 major role in shaping one’s mind-set to engage in societal works.  Mr. Prasad continued to enlighten the audience by telling them how moving from doing activities to taking initiatives can help one build a career in social service.  He also told how problems can be viewed as opportunities and solved. The panellists concluded the discussion by reinstating the importance of contributing to the society beyond charity and donation.

Dr. Anil Jadhav delivered the vote of thanks and thanked the audience for their esteemed presence and making the event a grand success. The college band Konnect did a marvellous performance as the curtain

s were drawn for the day. T

he positive vibes from their performance gave a fitting end to the wonderful talks and discussions on social responsibility and charity. International Sales and Consumer Behavior in 2021 and Beyond