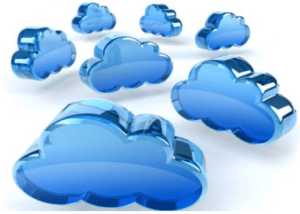 A problem shared is a problem halved, goes the old saying. But what happens if you share a problem with millions of people?

Crowdsourcing is the act of taking a job traditionally performed by a designated agent (usually an employee) and outsourcing it to an undefined, generally large group of people in the form of an open call.

The term “Crowdsourcing”, derived from “Crowd” + “Outsourcing”, was coined by Jeff Howe in a Wired magazine Article in 2006.

To put it simply, Crowdsourcing is a little like yelling a question at a very large crowd of people. If the crowd is big enough, chances are someone in there is going to have the answer—as long as you’re prepared to sift through a lot of junk responses in order to find it.

In the years before crowdsourcing there were also many companies, particularly consumer goods companies whose innovation projects often originated from their marketing departments rather than from R&D, which had dabbled for years with various “voice of the customer” and customer ideation approaches that were clear forerunners of the “customer co-creation” aspect of crowdsourcing. However, the main ingredient missing from both user innovation and early customer co-creation efforts was the notion of the crowd itself.  The ability to truly harness any group large enough to be rightly called a crowd did not become widely common until the internet gained steam in the late 1990s and early 2000s.

Today’s era of internet,sees crowdsourcing being transferred mainly to the web. The web provides a particularly good venue for crowdsourcing since individuals tend to be more open in web-based projects where they are not being physically judged or scrutinized and thus can feel more comfortable sharing.In an online atmosphere more attention is given to the project rather than communication with other individuals.

One of the major cons that crowdsourcing faces comes from the fact that the crowd which is part of your project is not part of your business – they are not your employees and you are not able to fully control the project as you are able to do with traditional jobs and projects.Another con of crowdsourcing is the trust and confidentiality issues when you work with a large team of people you don’t even now – this is a big risk and challenge for some projects.

Also in crowdsourcing, the participation is voluntary and the contribution of a wide network of people is required for the initiative to reach a substantial scale. To quote a couple of examples of Fiat and General Electric are companies who used crowdsourcing as a part of their viral marketing campaigns.

Like it or not, crowdsourcing is a creative option that brands and agencies will need to understand and be ready, willing and able to leverage.

Crowdsourcing isn’t about gathering a flock, but it’s about leveraging a group of uniquely talented individuals because “WE” Are Smarter Than “ME”.